Emily McCann was a self-proclaimed “outside-the-box” candidate when Citizen Schools hired her as chief financial officer. Less than two years later, she became the organization’s first chief operating officer. While this was a relatively quick transition for McCann, the organization’s decision to create a COO position took some time and consideration.

Emily McCann grew up on the campus of the New England boarding school where her father was a teacher, coach, and administrator. She learned to love education and the academic environment. When she graduated college, she considered teaching English but decided to learn about the business world first. She worked in mergers and acquisitions for JP Morgan in New York, then got her MBA at Harvard Business School, and went from there to do planning and development at the Walt Disney Company.

Throughout this time, however, she maintained both her interest and her involvement in education and nonprofit work. While she was at JP Morgan, she spent Thursday afternoons volunteering with a 15-year-old girl through the “I Have a Dream” Foundation. At HBS she was “most fascinated by the cases that had to do with nonprofits” and received a fellowship to spend the summer between her two years of business school building a performance measurement tool for the YMCA of San Francisco. She recalls, “I had a blast; I loved trying to understand performance management in a complex organization.”

After three years, McCann left Disney and moved back to Boston. “Disney was fun and exciting, but I didn’t really feel that I was making a difference.” She wanted to get into nonprofit work and began calling people in her network who might have leads. “I wanted to build something, so I was trying to find an organization that was about to explode into growth mode.”

She heard that Citizen Schools was looking for a chief financial officer (CFO), but she thought it was an unlikely fit because she wasn’t an accountant. Despite her doubts, she went to meet with President and Chief Executive Officer (CEO) Eric Schwarz about the position. “I was an outside-the-box candidate, but he said he liked my energy and the fact that I was an ‘athlete’—a high performer eager to learn about the nonprofit engine. He said, ‘You have a complementary set of skills and a similar vision for what this organization can be, and you have worked at places with the scale and size we want to have in the next 30 years.’”

After a number of interviews, he offered her the job. “I was so excited, but it was a big risk. So many things about the job were new for me, and I could have fallen flat on my face. But it was the chance I was looking for to help build something.” McCann joined Citizen Schools as CFO in January 2004.

Less than two years later, McCann became the organization’s first chief operating officer (COO). For Citizen Schools, she reflects, “Creating the COO position was a long time coming.” Some people had expressed a need for a COO years earlier, but Schwarz felt that the position was unnecessary at that point and could be problematic. According to McCann, he later indicated that one reason for his reluctance to hire a COO “was everything he had read about the inherent tensions in the relationship between the CEO and the COO. Often the COO is organized, diligent, and worried about processes and internal equity, and the CEO is the visionary, focused on results and opportunity. Eric didn't want to bring on someone who would constantly say it was not possible to operationalize his vision. Also, he wanted to stay engaged in the critical work of organization building.” 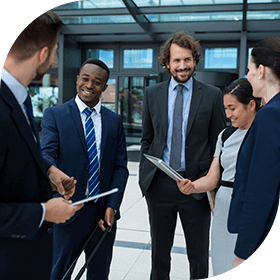 What finally pushed the issue was the organization’s business-planning process. In the spring of 2005, the management team brought together people from across the organization to think about the vision for the Citizen Schools curriculum model, growth model, and financial model. The result was a plan that included aggressive growth goals.

After the basic outlines of the plan were in place, the management team came together to determine the organizational structure that would enable them to operationalize it. They talked about needing a COO to coordinate the various functions across the organization and create the capacity necessary for growth. McCann explains, “We needed to demonstrate to the organization, to funders, and to kids and parents, that we had the structure required to make it happen. People needed to see that in order to have confidence in the organization.”

McCann, who participated in the discussions as CFO, recalls, “All of Eric’s concerns about the position came up again, but we really talked through it. The group, including Eric, agreed that eventually we would need the position, so we might as well start evolving toward it. But we could do it however we wanted; it wouldn’t need to be other people’s idea of a COO.” They designed a COO position that was a peer of the other members of the senior management team rather than being second in command. McCann comments, “This structure makes sense for us, though it is not necessarily where it will be in two years.”

The next question was, “Who?” Schwarz considered searching for someone who had experience as a COO in an organization of the scale Citizen Schools intended to achieve, but in the end, he told McCann that he felt she had the personality, the skills, and the respect from the organization to make it work. “I had an operations focus, but I never walked into Eric’s office and said, ‘It’s not possible’—though sometimes I had to say, ‘It’ll be tough.’ We had a very good working relationship and we agreed that we could make the position work. By attending to the highest-priority operational issues, I leverage his deep expertise in building both the sector and the organization. We take care to keep each other informed and involved in our respective work, which helps both of us develop as leaders.”

The move was an exciting one for McCann: “Finance had been my pet passion, but it was never the only thing I wanted to do. This role gives me the chance to work with a lot more people and really build a system of support delivery for the sites. And it’s a great opportunity to play a role in building the organization, which had been my dream from the beginning.”

In reflecting on the relevance of the Citizen Schools COO decision for other organizations, McCann says that Schwarz’s concerns are or should be the concerns of any leader considering hiring a COO: “You have to ask yourself: ‘Will I lose control and internal credibility? Will I create a mother/father dynamic where staff go to the CEO if the COO says no? Will I set up a relationship that is doomed for failure because the core of the jobs is so different—vision versus implementation?’”

Although McCann admits that it is indeed possible to fall into such patterns, she says, “It doesn’t have to be that way. Eric certainly recognizes the importance of operations. As long as he and I communicate enough about operations to keep them moving forward and to maintain the alignment between operations and the strategic plan, we are in good shape.” Nevertheless, McCann feels that it was important for her to understand Eric’s concerns about the position up front and for the two to talk through how they envisioned working together.

Says McCann of the decision to create the position, “You come to this point where you know you need to do it. Eric knew he had to get over his concerns about CEO-COO tension. We had to build this structure because we had grown past the point where we could make decisions on an ad hoc basis and one or two people could manage the whole thing.”