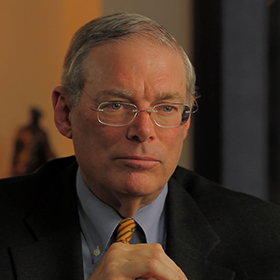 Like many notable philanthropists, Chairman and CEO of Roundtable Investment Partners Geoff Boisi has applied his considerable business talents to his philanthropic endeavors. MENTOR/National Mentoring Partnerships, which he cofounded, owes no small debt to that experience.

MENTOR helps children between 6 and 18 get the support and guidance they need. It was founded in 1990 by Boisi and Ray Chambers, with the help of Doug Holiday. "We focused on...the impact that 1,250,000 kids dropping out of school each year was having," Boisi says. "And as we got deeper into it, we saw that there were between 15 and 20 million kids just in the inner cities of the United States [who] were increasingly becoming disconnected with the society," he says.

More From the Blog
When addressing the question "what can we bring to the party?" to help change these entrenched problems, Boisi, along with his partners, quickly decided to approach this the way he would any other problem. Here are five principles he used.

Nonprofit leaders and front-line workers have a close view of the societal issues they seek to address. But in some cases, those problems may be more of an abstract concept for a philanthropist who's just starting to get more serious about creating social change. Boisi and company knew that to truly understand the causes of the high dropout rate and other problems they wished to solve, they needed to speak directly with the children. From these conversations, two consistent themes emerged: The first was that the children felt nobody cared about them, and the second was that they viewed material prosperity and other traditional rewards promised by the American dream as outside their reality. "The great American economic dream just wasn't even a dream for them," says Boisi.

Boisi and partners realized that introducing caring adults into children's lives and introducing the children to the world of work could help "unlock the heart, passion, and enthusiasm, and interest of those young people who are disconnected," he says. Yet, accomplishing that goal would be no easy matter. It would require both the time and talents of adults who would give of themselves and would require help from other organizations. So the team called on their own strengths, accumulated in their professional lives.

Bring your unique skills to the table

"Ray and I felt—like with the networks of relationships that we had on both sides of those equations—we could bring some very interesting insight, expertise, capability, and capital to focus in on this problem." That idea has paid off for MENTOR. Over the years, "we’ve grown it from [helping] maybe 150,000 kids to over 4 million kids at this point."

Boisi is optimistic about the future of mentoring in the United States. "We’ve spent a lot of time and effort, from an academic and intellectual standpoint, developing the research data to prove that [mentoring] really is...helping young people in terms of their academic performance and their own personal performance," says Boisi. "As we have amassed that research and data, we are seeing more and more people willing to invest in the whole concept."

Though Boisi is sure that mentoring is creating positive impact, he is realistic about the complexity of the problem. Remedying systemic issues and years of neglect is something that will take decades to fix, he says. "We still think that getting to the tipping point where mentoring is part of the fabric of the child development strategy in the United States is really what our goal is." And that takes time.

In addition to the principles listed above, here are three more ideas other philanthropists may find useful: You can learn more about Boisi and find a complete archive of his interviews for Conversations with Remarkable Givers on his page.

This post is part of our series focusing on Conversations with Remarkable Givers, our collection of one to three-minute video clips drawn from over 50 original and private interviews with philanthropists and foundation leaders. Our initial launch features more than 400 videos, which will evolve into a library of over 1,000 videos, as we take a deeper look at each donor over the coming months.