Since 1971 the Texas Migrant Council, Inc. (TMC) has provided Head Start and other services for the children of migrant farmworkers. TMC serves families along the Texas-Mexico border for nine months out of the year and then migrates to places where families find seasonal work. After a brief foray into workforce development in the mid-90s, TMC refocused on children. “We had to realize that our greatest resource was our expertise in early child education,” said CEO Mary Capello. In recent years TMC offices have taken a more active role in program management. This has resulted in higher quality services and faster growth—within Texas and into new geographic markets—through improved access to local funding.

We had to realize that our greatest resource was our expertise in early child education. We couldn't get sidetracked from this from a financial or mission perspective.

Texas Migrant Council, Inc. (DBA, New America Corporation) (TMC or the “corporation”) was founded in 1971 as a Head Start provider for the children of migrant farm workers. Its program mirrored the migrant worker lifestyle, serving children and their families along the Texas-Mexico border for nine months out of the year and then shifting for the remaining three months to different parts of the country where the migrant families found agricultural work. TMC’s approach focuses on providing comprehensive services with a trained core of staff that are bilingual, bicultural, and sensitive to the plight of the migrant farm worker.

Government contracts and grants have fueled TMC’s growth. The corporation has expanded the number of youth it serves by entering new geographies, establishing partnerships with other nonprofits, and building relationships with new funding agencies. TMC has worked hard to diversify its government funding sources; its state child care contracts are now nearly equal in size to its federal Head Start funds. 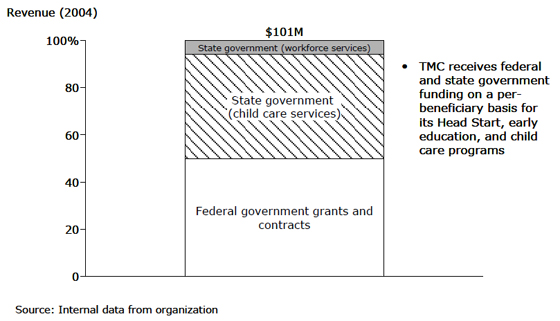 Revenue growth: Up until the past few years, TMC has been on a fairly rapid growth trajectory. The corporation has fueled growth by entering new geographies and building relationships with new funding agencies. 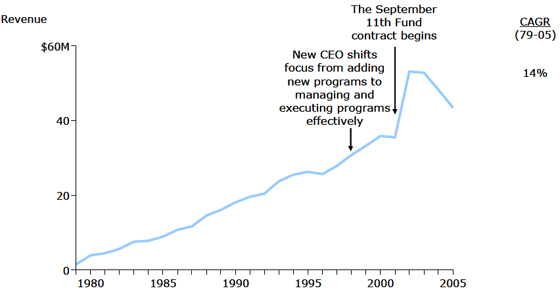 Funding mix: TMC has diversified its government funding streams from exclusively federal to a hybrid of federal and state. 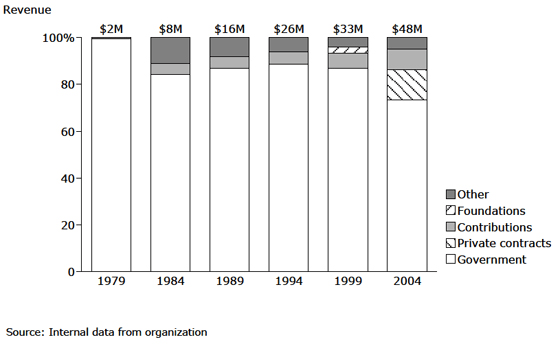