How to Support Effective Dynamics in Nonprofit Executive Teams

How to Support Effective Dynamics in Nonprofit Executive Teams

Peter Thies has been honing his craft in organizational and leadership development for some 25 years, starting at Delta Consulting, then the preeminent firm for coaching CEOs. In 2013, he co-founded The River Group, whose staff of 11 are spread out among India, Abu Dhabi, New York, San Francisco, and its headquarters in Boston. "We help CEOs transform their companies by developing great organizations, great leaders, and aligned teams," Thies says.

In his experience, an organization's ability to manage change successfully depends, more than anything, on how well its executive team collaborates. "That's where we often focus our work," says Thies, whom Bridgespan Partner Kirk Kramer interviewed for this article. According to Thies, many organizations simply haven't delved into the fundamentals of team dynamics that lead to high performance. Here, he offers his advice on how to help executive teams optimize their time together. 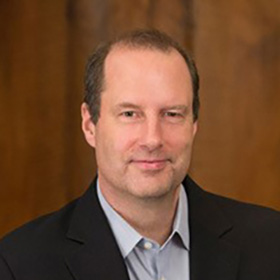 Kirk Kramer: You've worked with dozens of executive teams. How many would you characterize as "high-performing?"

Kirk: That's interesting. What do you think accounts for this?

Peter: Lower-level program teams often have a clearer charter. They're running something together. They know what they're accountable for and explicitly share an understanding of how to do the work. The most common problem I hear from executive teams is, "Why do we exist? Are we here to report to the executive director?" That's not performing. That's meeting.

Kirk: What are the elements of a high-performing, executive team?

Peter: I think they share five traits. First, they have the right charter for their organizations. They're doing the right work at the right level for an executive team. Second, they share leadership roles, meaning they're not there to represent their function but to contribute to the executive team's charter, above and beyond their day job. We call them shared leadership roles or distributed leadership because different members lead different efforts within the team.

Third, they practice a culture of collaboration built on trust, versus competition for visibility or the CEO's attention. Each member is accountable for something, but all collaborate to deliver one another's output. Fourth, they have a good process for doing the work. When you get to executive teams, sometimes they think they're beyond process. But they're not. Finally, they "agree," even tacitly, to keep succession dynamics to a minimum. You can't completely eliminate it, but if everybody is constantly jockeying to become the next ED or CEO, they aren't going to be very effective.

Kirk: Let's go a little deeper on collaboration. Why does it matter so much?

Peter: Collaboration matters because executive teams ought to be making big decisions—a strategic shift, reorganization, acquisition, major expansion—and high-quality decisions require diversity of thought and opinion, as well as processing a lot of information. Without deep collaboration the loudest voice will win, or politics will prevail, or a micromanaging CEO or ED will stifle debate. The quality of your decision is going to be at risk.

Kirk: Why do teams struggle so much with collaboration?

Peter: I believe they struggle with striking a balance between being a good leader and being a good follower. That's why we spend so much time working with teams on collaboration. Consider: by the time I've earned my seat at the executive table, I've been rewarded for my leadership behavior, perhaps even for micromanagerial behavior. I may forget what it was like being a really good teammate and how to tamp down my inclination to simply take over stuff.

Another dynamic arises when a person believes they constantly have to come up with something cool or brilliant to prove their worth. This often happens when somebody is insecure to begin with, which a surprising percentage of executives are.

Peter: My colleagues and I have a formula that goes: "leading, facilitating, inquiry and advocacy, and participating equals strong collaborative culture." Team members should be good leaders and equally good followers. For example, let's say I'm in charge of talent development. As the leader, I'll say, "Hey team, here's what we need to get better at reviewing the talent in our organization. On May 25, we're going to have a talent review session. Here's the prework that I think we should all do. I've talked with each of you about the talent in your division and suggest we use these tools to do the talent review. I think we're ready to go."

That would be me being a good leader among my peers because I'm accountable for one part of the team's work, which is to review talent.

A leader will be a good facilitator of the discussion, asking questions, not just dictating. As a leader, I'm keeping the team members engaged in the right way on that topic for which we all share responsibility.

My teammates, who are followers on the topic of talent development, are listening to their colleagues' viewpoints, inquiring about more information when they need it or when they see the conversation going awry, and advocating their own viewpoints in a way that generates collective insight that's better than anything any single individual could bring to the table.

Above all, being a good follower implies active participation and no "movie watching," as we call it.

Kirk: What do you mean by movie watching?

Peter: As an executive team member, you're not allowed to just sit and watch a conversation go down the tubes. You may be a "follower" in this part of the conversation, but you are accountable to your teammates. If there's a thought bubble in your head, whether it's an observation, a criticism, or whatever it might be, you're responsible for sharing it. Attendance, by itself, is not a contribution.

At the same time, the leader is responsible for moving the conversation toward a solution—and high-quality decision—by striking the balance between asking great questions and offering a point of view. (See the sidebar "Balancing Act.")

Kirk: Individual relationships play an important role in team dynamics, as well. How can executive team members strengthen those to collaborate effectively and meet their goals?

Peter: The number one improvement tool for team dynamics that we use is a coordinated series of one-on-one private discussions involving feedback to each other. This tool helps strengthen relationships, and build trust and candor at an individual level, that collectively boosts the team's capability. Over a 20-minute period, two team members ask each other two or three questions that explore how they work together. For example, "what things do we do well together?" "What is on your plate that might not be clear to me?" "What might we do together that can positively affect the team?" The answers to these questions can help enhance the time executives spend together tackling critical issues within the organization.

Peter: All of the suggestions in regard to charters, roles, dynamics, etc. can all be worked on—and are best addressed—in real meetings while working on real issues. Team development of this type does NOT involve trust falls, outdoor challenges, or games. Those are memorable and positive experiences, but they don't have the noticeable impact on functioning that many expect. The things we suggest in here directly intervene in the actual functioning of the team.

Organizational change expert Peter Thies believes that balancing inquiry and advocacy is the most effective strategy for exceptional decision-making. "As an executive director, you should tell your team that asking probing questions is a great tool, and advocating a strong point of view is also a good tool," Peter says. "But if you only do one or the other, you're not giving yourself fully to the team."