Mergers That Make a Difference

Mergers That Make a Difference

A co-curated, four-week series of cases and blogs that explores effective nonprofit mergers, looking specifically at their rationales, catalysts, and results as well as the challenges of due diligence and integration.

Why Nonprofit Mergers Continue to Lag

Despite growing support for nonprofit mergers, promising combinations often stumble over three emotionally charged issues: getting the boards aligned, finding roles for senior staff, and blending the brands. Creating a due diligence process that overcomes these hurdles can increase the likelihood that a merger will succeed. Read more >>

Watch an archived version of our free, on-demand webinar to see results from our 2014 collaborations survey of nonprofit leaders and funders and discover key insights from leaders with deep experience in creating successful collaborations and mergers. Watch now >>

Nonprofit Mergers: More Than a Tool for Tough Times

Can social innovators can better recognize opportunities to join forces? Should students focus less on starting up and more on scaling up? Are solutions to illiteracy, climate change, or HIV/AIDS truly transferable from one location to another? Bill Drayton of Ashoka; Katie Smith Milway from The Bridgespan Group; Deogratias Niyizonkiza of Village Health Works and Rosario Perez from Pro Mujer discuss these topics and more at the 2014 Clinton Global Initiative University in Phoenix, Arizona. Watch the discussion >>

Blog: Introductions to Mergers that Make a Difference

By Katie Smith Milway, The Bridgespan Group
How and why do nonprofit mergers succeed? To explore the reasons, Bridgespan has combined forces with La Piana Consulting, The Catalyst Fund for Nonprofits, and The Lodestar Foundation to offer a collection of case studies and blogs on "Mergers that Make a Difference." We invite you to join the conversation. Read more >>

Three mission-driven rationales can guide successful nonprofit mergers: an aim to grow scale (e.g. broaden reach); to increase scope (e.g. broaden services)or to streamline operations (e.g. increase efficiencies). Each comes with its own set of challenges and lines can blur between them. The merger of Crittenton, Inc. and The Women’s Union is a strong example of how a bid to grow scale created an opportunity to transform services. Read more >>

By Elisabeth Babcock, Crittenton Women's Union
Crittenton Women's Union president and CEO Elisabeth Babcock says tap your senior staff and trust their ability to provide valuable analysis on the potential upsides and roadblocks of merging. In the case of Crittenton, the staff at both legacy organizations envisioned a more streamlined and strategic organization that could propel a greater number of low-income women to economic independence. Read more >>

The merger of The Wellness Community and Gilda’s Club Worldwide, to form the Cancer Support Community, illustrates how a merger to maximize operational effectiveness led to increased national prominence and policy influence. Read more >>

The merger of Pine Street Inn and hopeFound, two nonprofits committed to ending homelessness, shows how a plan to increase scope resulted in the expansion of services and increased scale. Read more >>

The nonprofit merger of the Domestic Violence Center of Greater Cleveland and the Bellflower Center for Prevention of Child Abuse is a strong example of how discussions about lowering back-office costs led to a vision for merging to increase scope of services citywide. Read more >>

Blog: Rebranding Your Merged Nonprofit: Is It Worth It? 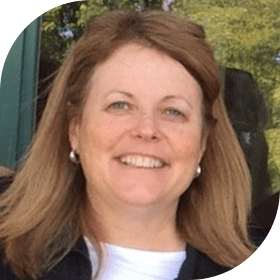 Good Shepherd Services merged with two smaller nonprofits to extend its reach and deepen its impact serving young people in high-need neighborhoods. In the process, it discovered opportunities for developing key staff members in the newly merged organization. Read more >> 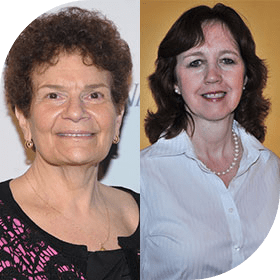 The merger of Oakland East Bay Symphony, Oakland Youth Orchestra, and the Oakland Symphony Chorus shows how a merger to save costs led to a focus on community impact. Read more >>

Case Study: A New Vision for HIV/AIDS Services and Advocacy

During a 2012 strategic planning process, AIDS Action Committee of Massachusetts began to consider taking on a partner to help expand and fulfill its mission. A merger with Fenway Health helped put its plans on track. Read more >>

Case Study: Merging to Advance the Common Good in Michigan

The merger of the United Ways of Battle Creek and Kalamazoo, Michigan, shows how streamlining operations, if well planned and communicated, can lead to a stronger, more effective organization. Read more >>

Blog: Power in Numbers-Joining to Create a Nonprofit Network

By John MacIntosh, SeaChange Capital Partners
John MacIntosh of SeaChange Capital Partners says that truly mission-driven organizations—even healthy ones with ambitions for growth—recognize that achieving impact is a team sport, and that there may be ways to be more efficient, effective, or stable by joining forces than by going it alone. Read more >>

By Katie Smith Milway, The Bridgespan Group
The nonprofit leaders whose stories we've published this past month show that collaboration does take courage and can be worth the initial pain. To help ease the process, we've identified four key lessons that every organization considering a merger or collaboration needs to consider. Read more >>