Developing a Contemporary Strategy to Serve a Timeless Mission

Eager to make sure ADL had the right strategy to fit the times, leveraged core capabilities, and maintained fidelity to mission, CEO Jonathan Greenblatt hired Bridgespan. 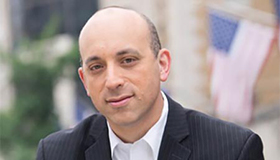 The Anti-Defamation League (ADL)’s mission is both enormous and very personal. It is the forest, and it is also the trees. ADL’s leader, Jonathan Greenblatt, explains: “When I was in college, I interned at the ADL in Boston. The work was about changing the world into a more tolerant, accepting place—one person, one interaction at a time. Today, my day to day job is essentially the same—to protect the Jewish people and fighting for civil rights for all people. It’s about trying to do this every day, trying not to get ahead of myself, and making sure that our organization is well positioned to continue to serve effectively in the interest of making the world a better place.”

Revitalizing the Organization with Clear Values and Cutting-Edge Technologies

In April 2017, ADL staff members joined more than 100 other individuals—data scientists, academics, and other nonprofit leaders—to apply advanced technologies to analyze FBI hate crime data with an eye toward identifying previously unknown data points, patterns, and trends. The event represented the dawn of a new era in combating hate crimes.

It also represented the new face of the ADL, emerging under the leadership of Jonathan Greenblatt.

ADL is perhaps the most storied civil rights organization in the U.S., along with NAACP. But in recent years, it had begun to suffer from sprawl. It was engaged in a wide range of programs, many operating at a small scale, and with 27 regional offices a leadership model resulting in 2000 board members. Many argued that it was no longer operating efficiently, or having the impact that it could have. The organization needed to be re-focused and revitalized, and in 2015, Greenblatt was recruited to take on the task.

A Contemporary Strategy to Serve a Timeless Mission

Jonathan was eager to make sure they had the right strategy to fit the times, leveraged core capabilities in a manner consistent with broader community, and maintained fidelity to mission. To help with this, Greenblatt hired Bridgespan.

As part of this work, Jonathan initiated a participatory, open process among ADL senior staff to:

The exercise identified gaps and inconsistencies in the organization’s work that needed attention. But it also revealed opportunities to leverage efforts that were already underway. For example, the ADL had an emerging presence in efforts to fight cyber-hate, representing a profound opportunity for the organization to dramatically increase its impact. “The new frontier for fighting for civil rights is online,” Greenblatt said. “It was important for us to lean in to this area of expertise.”

In that spirit, the ADL launched a pilot project in Silicon Valley. “In order to fully understand cyber-hate and establish the right policies to mitigate the challenges we face, we had to go to the heart of the matter, the nexus of talent, money, and firms. We wanted to bring these forces together to engage them in the battle against cyber-hate. So we created a cyber-hate working group, with people from Facebook, Microsoft, eBay, and so forth to help us identify the line where free speech becomes an incitement to hate, and the best ways to protect marginalized communities from online harassment, and the hate crimes that it can motivate.”

Soon after, the ADL opened an office in Silicon Valley. But, as Greenblatt noted, the organization first hired an ED. “Person first,” he said.

With a new emphasis on data based decision making, the ADL has also focused and coordinated programmatic efforts, emphasizing its flagship programs, and creating centers to coordinate research and different types of complementary, mission-critical work. One example is the ADL’s Center for Anti-Semitism that was funded with a major grant from the Omidyar Foundation (which also supported the Silicon Valley office), and significant investment in revenue acquisition and operational improvements to increase efficiencies and foster innovative thinking. The organization’s new approach to its work has enabled it to refuel and double-down on efforts to combat hate crimes of all kinds.

“We have 27 regional offices working with educators, police, law, schools, clerics and community leaders. We work with schools to develop content to deal with bias and bullying—against Jewish communities, Muslim communities, Syrian refugees and beyond. The Jews were once refugees; today, we need to speak up for all the others, especially when policy and law-makers would exclude them. It would be un-American to do otherwise.”