Watch Video
This campaign fosters economic growth by providing women entrepreneurs around the world with a business and management education and access to capital.

Across the developing world, women own and operate an estimated eight to ten million small and mid-sized enterprises, creating much-needed jobs, boosting household incomes, and contributing to overall economic prosperity. Yet women have been both under-represented as business owners and underserved by banks and government policy makers. Recognition of the barriers and benefits of supporting women-owned enterprises has spread in recent years, leading to the creation of a number of public, private, and social sector initiatives, partnerships and investments aimed at strengthening women-owned businesses. 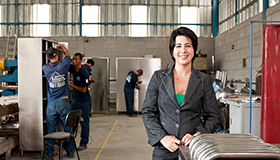 Sparked by a growing body of evidence that said investing in women can help drive future growth and job creation in economies around the world—including Goldman Sachs reports Womenomics and Women Hold up Half the Sky—the firm launched a new philanthropic investment focused on helping women entrepreneurs grow their businesses and expand their contributions to their communities. The Goldman Sachs 10,000 Women initiative is a campaign to foster economic growth by providing women entrepreneurs around the world with a business and management education and access to capital. The initiative has reached women from across 56 countries through a network of 100 academic, nonprofit, and bank partners. In partnership with International Finance Corporation (IFC), 10,000 Women launched a $600 million finance facility in 2014 to enable 100,000 women entrepreneurs to access capital. To date, the facility has completed nine transactions totaling $180 million in nine countries that will reach 25,000 women. In July 2015, President Obama announced a $100 million commitment by the Overseas Private Investment Corporation to the facility to help 10,000 Women and IFC close the global credit gap for women entrepreneurs. 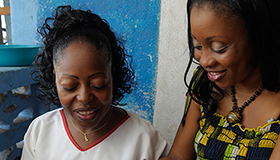 From the outset, Goldman Sachs placed great emphasis on measuring results, learning about what was and was not working and capturing that knowledge in order to insure that its investment was truly making a difference and that it would have a broader influence and impact in economies and communities around the world. The Bridgespan Group collaborated with 10,000 Women to devise a strategy for creating the greatest possible social impact with this historic investment. Bridgespan helped design a system to measure the outcomes the programs were having and worked with 10,000 Women to build a vibrant learning community of partners and staff, putting in place platforms for sharing data, learning, and continuous improvement. 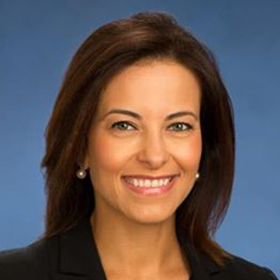 This collaboration produced a replicable program model able to deliver critical services. Bridgespan's in-depth analysis informed and supported the initiative's allocation of resources across 22 countries including India, China, Brazil, Nigeria, and Turkey. By the close of 2013, the initiative had enrolled its 10,000th woman.

Inspired by the success of 10,000 Women, Goldman Sachs has now committed over $1.3 billion to high impact philanthropy.