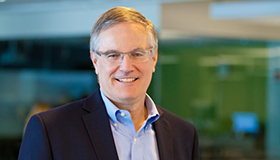 "Is there any scenario a decade from now in which Bridgespan wouldn't need to be more global?"

That was the question Jeff Bradach, Bridgespan's managing partner and co-founder, and a group of Bridgespan partners put to its Board of Trustees in June 2011. It did not take long for the board to answer: Bridgespan's mission to focus on society's most important challenges and opportunities demanded that it become more global.

Bradach agreed: "Looking ahead, even to serve organizations in the United States requires that we be much better plugged into the global community. Some of the most important innovations relevant to the United States are coming from other parts of the world. And more broadly, as an organization focused on breaking cycles of poverty, Bridgespan is pulled to address the tremendous need that affects other parts of the world." 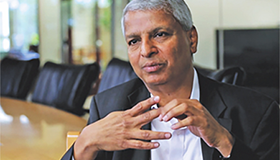 The issue then became setting the right course. Bridgespan had experience working with US-based clients operating globally, such as Goldman Sachs' 10,000 Women, Sesame Street, and the Ford Foundation.

Bridgespan also had served a number of international nonprofits, such as Camfed and Tostan. However, these small and somewhat ad hoc efforts would not be enough to shift Bridgespan to a global mindset and connect to the global community of changemakers. To arrive at that mindset, Bridgespan considered both a "light touch" approach that would repurpose knowledge gained in one country for different countries and a more intensive one that would put staff on the ground outside of the United States.

Even as Bridgespan explored the possibilities, the path became clearer. In 2009, Sri Rajan, head of Bain & Company's Mumbai office, approached Bridgespan about opening an office in India. He felt the social sector was at a point where it would benefit from Bridgespan's services to help scale solutions and support the work of India's emerging philanthropists. 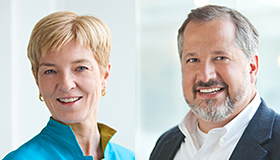 At the same time, an increasing number of signals indicated the importance of becoming more global. In a discussion about pathways to scale, noted entrepreneur and philanthropist Desh Deshpande had been blunt with Bradach, "If you're serious about understanding scale, you need to go to India."

The following year, Bridgespan partners William Foster and Jeri Eckhart Queenan traveled to India and Bangladesh with Sal Giambanco and Jayant Sinha from Omidyar Network. During their travels, they visited Omidyar investees including Janaagraha, Foundation for Ecological Security, and BRAC, who were engaged in developing creative solutions to address acute social challenges on the ground. Said Eckhart Queenan, "We returned excited and exhilarated, with a deeper understanding of the value of sharing knowledge and practices, and the realization that we had the potential to make a real difference by doing so." Bradach also began visiting India regularly to assess the feasibility of Bridgespan operating there. He became convinced of the tremendous opportunity to learn and contribute there. 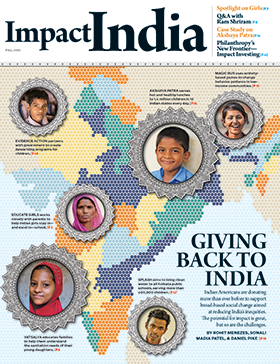 A visit to Akshaya Patra, a nonprofit that daily serves nutritious meals to 1.5 million school children at six cents per meal, reinforced the notion that transformational scale took on a completely different dimension in India. Bradach and Bridgespan colleagues also met many social innovators, including leaders of Teach for India, d.light, and Kailash Satyarthi, who won the Nobel Peace Prize in 2014. They all had created new models of impact at low costs per outcome, a technique known as "frugal innovation" or "inclusive innovation." 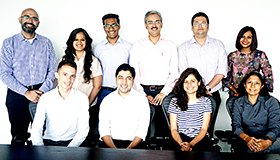 Reflecting on this milestone, Bradach noted that once again, Bridgespan finds itself in a position of being grateful to Bain & Company for its encouragement and ongoing support. "Their interest and appetite to support us in India is unique," he said. "This would not have been possible without them." 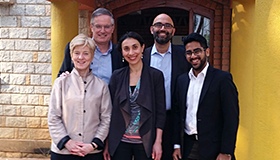 He also expressed gratitude for all who have participated to date in Bridgespan's global journey:  "We have always been focused on the potential of scaling solutions to address the world's biggest social challenges. It is inspiring to find ourselves in this fortunate position of being able to learn in an area that is rich in examples and innovations that we can share with other parts of the world."