Can a single foundation have a truly transformative impact? In the case of the Edna McConnell Clark Foundation, the answer is a clear "yes." 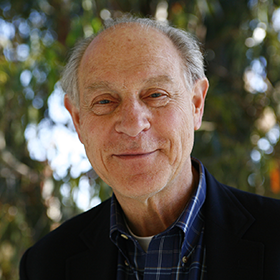 Can a single foundation have a truly transformative impact? In the case of the Edna McConnell Clark Foundation (EMCF) the answer is a clear "yes."

Through a series of bold innovations—making the hard decision to focus exclusively on youth development as a key to ameliorating poverty in the United States; investing in nonprofits with a demonstrated track record of delivering positive outcomes and helping them to build the capacity to improve, scale and sustain those results; creating a new form of collaborative philanthropy, the Growth Capital Aggregation Fund, to turbo-charge the expansion of a handful of youth-serving organizations with rigorous evidence-based programs and outstanding results—EMCF has helped to dramatically improve the lives of hundreds of thousands of disadvantaged young people and fostered significant change in the field of philanthropy itself.

With EMCF as our very first client, The Bridgespan Group has been privileged to play a part in this transformative work. Our continuing collaboration inspires the work of Bridgespan teams and thought leaders, as it does the philanthropic sector at large.

The Foundation's strategic evolution began more than 15 years ago, when then president Michael Bailin led EMCF to narrow its grantmaking from five fields to one—with a laser focus on evidence of outcomes. The foundation asked Bridgespan to work with them on several fronts: helping to implement the organizational changes needed to effect the new strategy; assisting in formulating grantee selection criteria; and, developing a robust pool of prospective grantees. From that point on, EMCF would choose to fund what it saw as model programs with rigorous external evidence of impact and strong leadership and organizational capacity. It was among the first foundations to recognize the vital role of strategic business planning for nonprofits, a practice rarely used in the sector at that time. 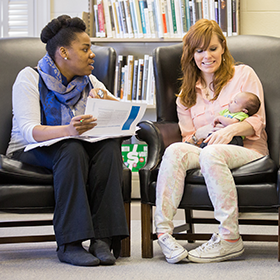 Under the leadership of Nancy Roob, EMCF launched the pioneering Growth Capital Aggregation Pilot (GCAP) in 2007. The goal was to learn whether a new form of collaborative philanthropy could align behind high-performing organizations to enable them to reach significantly greater numbers of young people in need. Using stringent selection criteria, the foundation's leadership chose three grantees to participate in the pilot effort: Citizen Schools, Nurse-Family Partnership, and Youth Villages. In total, $120 million was dedicated to these three organizations: EMCF committed $39 million of funding and actively supported the grantees by securing another $81 million from its GCAP partners. These GCAP coinvestors signed a Memorandum of Understanding establishing a single set of performance metrics and shared reporting, and a financial model that allowed grantees to draw down the capital after reaching specified milestones. Building on the pilot, EMCF has partnered with 45 coinvestors to support an additional 16 grantees in raising over $400 million, with EMCF leveraging $113.75 million of its own resources to help grantees secure nearly $282 million in additional private and public funding.

EMCF's pioneering approach to evaluation and evidence, capacity building, and scaling has also stimulated innovation in the public sector, helping, for example, to inspire the federal government's Social Innovation Fund (SIF), one of the most notable examples of the growing number of government / nonprofit / philanthropic partnerships focused on solving major social issues. When President Obama announced the SIF, he used four examples of organizations to illustrate what it meant to "scale what works". All four were EMCF grantees.

EMCF's decision to participate in the SIF was yet another turning point in its evolution. As the SIF's largest award winner, the Foundation was ultimately able to match $30 million in federal SIF funds with $30 million from its own endowment. Building on its track record of aggregating capital, EMCF helped the SIF grantees in its portfolio by creating, The True North Fund, that provided funds to support the organizations in the portfolio. To date, 14 coinvestors have committed $63 million to the fund.

Consider the practices EMCF has spearheaded that have profoundly changed the sector: major investments in nonprofits with evidence-based programs and demonstrated outcomes; large, multi-year grants against business plans with clear performance metrics; a commitment to scale and to the investments in strategy development, organizational capacity, internal performance management and, external evaluation; and, long-term, collaborative (not transactional), relationships with grantees.

Not content to stop there, in 2012 EMCF launched a new venture, PropelNext, which makes smaller grants to organizations whose programs are promising but not yet fully developed or proven. The goal is to build a pipeline of organizations that will be ready for the kind of capital infusions they and their coinvestors have pioneered. So far, 13 organizations from across the country have completed the program, and 15 nonprofits are participating in PropelNext's second cohort in fall 2015.

EMCF's success is illustrated in the standout performance of many of its grantees: Youth Villages, Harlem Children's Zone, and Nurse-Family Partnership are just three examples that demonstrate the way that innovative and imaginative philanthropy can help effective nonprofits with strong leadership transform themselves from local stars into inspirational national models that can influence outcomes at scale.