In 2016, private equity firm TPG set out to prove it was possible to both make money and create positive social and environmental impact.

Not long ago, impact investing was a tricky sell. "There was a sense that there was a trade-off between positive impact and financial return," Maya Chorengel, co-managing partner of The Rise Fund, explains.

In 2016, private equity firm TPG set out to prove it was possible to both make money and create positive social and environmental impact. From the outset, TPG knew everything it needed to know about making money. But it needed help with the impact piece—specifically rigor around measurement of impact, which had dogged the impact investing industry for years. 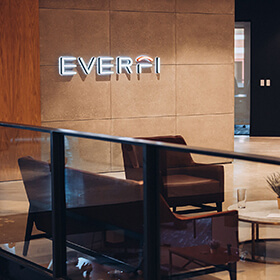 Chorengel, who, prior to TPG, co-founded her own impact investing firm, Elevar Equity, knew the challenges of measuring impact firsthand. "We were collecting information like, how many low-income customers is this company touching, what sector is it in. But we weren't going deep and saying, 'If we deliver this product to this low-income customer, is their life actually going to improve? What's the evidence? What confidence do we have that this intervention, this product, this service may make a difference in that person's life?'"

Enter Bridgespan, whose position outside the private equity world was part of its appeal. "We wanted to work with a partner who would be recognized in the market for doing good, having high standards, and having impeccable integrity," says Chorengel.

Bridgespan knew the work would be hard. "For this particular client and the way they make investment decisions, they needed to have hard, quantitative data around impact," says Bridgespan Partner Chris Addy. "Otherwise, it would feel squishy to them and be rejected by their culture."

But Bridgespan was also aware that if it could assist in channeling private equity to help scale high-impact companies, those dollars would go a long way toward solving some of the world's biggest problems.

"We all kind of pushed our chairs back…"

Brainstorming started in early 2016. Building on Jed Emerson's Social Return on Investment and the Sustainability Accounting Standards Board's efforts to explain the positive and negative impacts that matter for a business, the TPG and Bridgespan team sought to build a tool that could calculate whether impact was being achieved. To this end, they discussed methodology, the investment process at TPG, and how to articulate and measure impact. Chorengel offered a sample set of companies from her Elevar portfolio that could serve as test cases to start building the framework.

Within a few months, Addy, together with Bridgespan team members Alison Kelley, Mariah Collins, and Michael Etzel, came back with an approach. Chorengel remembers the meeting. "There was definitely a moment in the room when we all kind of pushed our chairs back and said, 'This is really interesting.'"

It was not a eureka moment, exactly, but a moment nonetheless. "What the team had done extremely well was to assimilate all of the needs we had expressed," says Chorengel.

The framework required fine-tuning, but by running test cases through it and tweaking it accordingly, the team arrived at an approach that would drive toward a single number for impact. Analogous to multiple of money (MoM) for measuring financial return, it would become what the team called the "impact multiple of money." When The Rise Fund finally launched in 2017, the team was still testing the methodology—now with live deals. "Periodically, we would get a deal that would come through, and it would be sort of a head-scratcher when we would try to put it through the impact multiple of money," says Addy. "Such deals led to a lot of learning and improvement."

For example, take the value of a dollar. "If somebody at the median income in the US gets an extra dollar of income, it's not going to change their life a whole lot," says Addy. "If somebody in the bottom 20 percent of the income distribution in Kenya or Bangladesh or Sri Lanka gets an extra dollar of income, every dollar actually has a much greater benefit. We used economic literature to account for the fact that a dollar is worth more to some people than it is to others."

HBR, HBS, and beyond

By 2018, the team had worked out many of the kinks and knew its tool could help others. At the start of 2019, the impact multiple of money concept took off. Within a couple short months, Harvard Business Review published the methodology in the article, "Calculating the Value of Impact Investing." Professors invited team members from Bridgespan, Rise, and impact company EverFi as they taught a case study on Rise and its first investment in EverFi to students at Harvard Business School. And TPG created a new corporation, Y Analytics, to help other investors use this approach.

When asked to talk about an investment that excites her, Chorengel can't hold back. "Can I give you two or three?" she asks. She rhapsodizes about Fourth Partner Energy in India, which, with capital and other help from Rise, has become the leading distributed solar energy provider in India, and is expanding to other countries in Southeast Asia—achieving both financial success and moving the needle on reducing carbon emissions in the developing world. 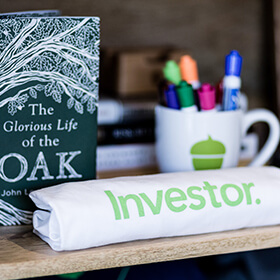 Chorengel is equally effusive about EverFi, which provides financial literacy, sexual harassment and alcohol abuse reduction, and other training at K-12 schools, college campuses, and corporations. EverFi has incorporated the impact multiple of money into its strategic planning to help decide which new product areas it should pursue. In these cases and others, Chorengel points to two dimensions of success. "What we showed is that, in some cases, positive impact and financial performance are colinear," she says. "So, the better you're doing on impact, the stronger a business you're building over time."

Rise's success has opened up a vital artery for equity to impact companies. "They were the first impact investing fund that was global and over a billion dollars," says Addy. "And now a number of their peer private equity firms are also launching impact funds that are billion-plus funds. When Rise launched, nobody else had done that, and now it has become the norm. Thanks to the work of many, including the International Finance Corporation, Impact Management Project, and our work with Rise, having a really high bar and being rigorous about the way you think about impact is also becoming the norm."