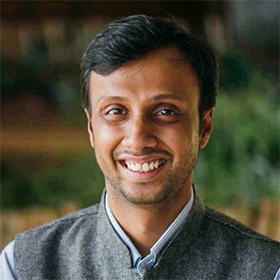 Keshav is a principal in The Bridgespan Group’s Mumbai office. Prior to joining Bridgespan, he had more than a decade of experience in management consulting at Dalberg, Boston Consulting Group’s social impact practice, and Ernst & Young.

During that time, he acquired a breadth of experience in social impact by advising governments, foundations, bilateral agencies, and nonprofits on development topics including health, nutrition, agriculture, sanitation, and inclusive economic growth. Keshav also possesses deep expertise in education, having advised clients on topics across the continuum from early childhood to higher education.

Keshav has authored several articles on development subjects—including corporate social responsibility, mergers and acquisitions among nonprofits, education, and nutrition—in publications such as India Development Review, The Wire, The Hindustan Times, and The Times of India. He has also published industry-leading reports on education.

Keshav graduated from the Indian School of Business, making the dean’s list in 2009, and has completed the the Chartered Financial Analyst program at the CFA Institute.